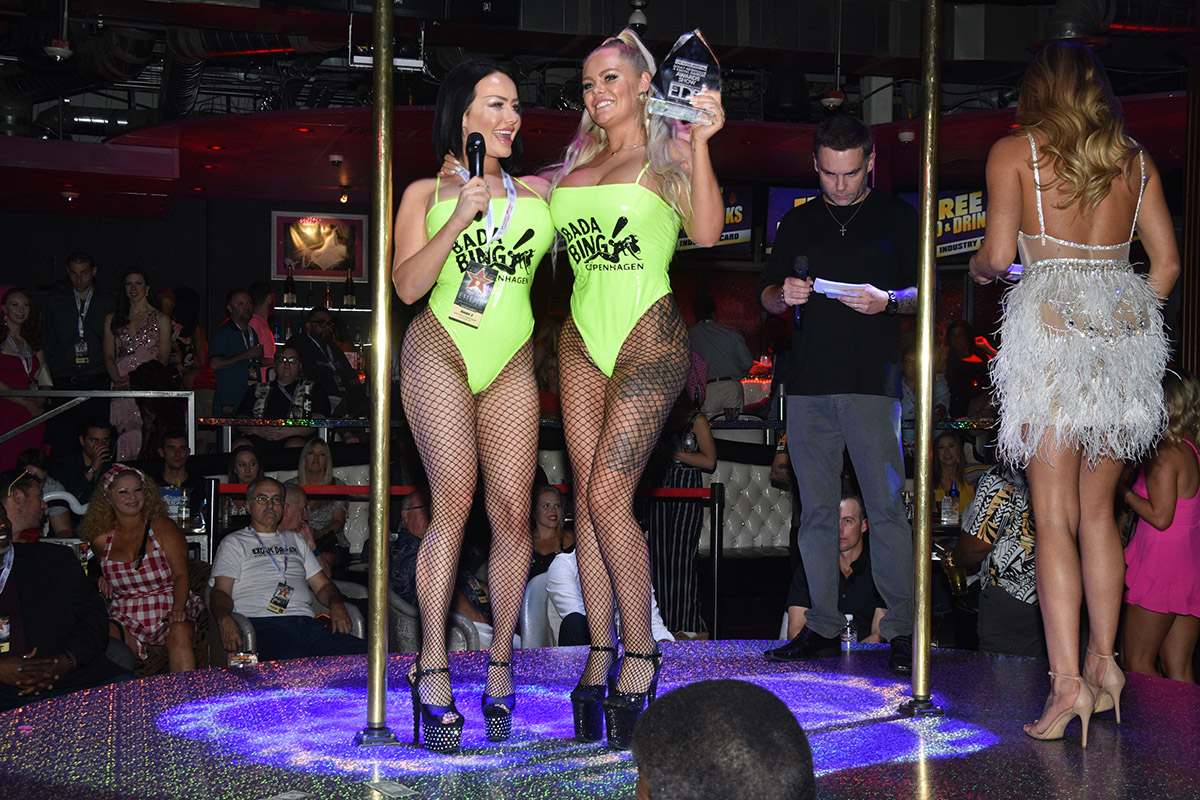 Bada Bing in Copenhagen wins the International Club of the year price.

Here is owner Kasper Mortensen own words of the whole journey and event:

Wow what a journey, the Bada Bing team consisting of the management of Bada Bing and our popular Dancers, TESS and BONNIE, was represented in Las Vegas in August for this year ED EXPO hosted of ED Publications at the Planet Hollywood Hotel and Casino in Las Vegas.

The Bada Bing Team was installed in a fantastic 3 Room Penthouse Suite located on the 63 floor in Trump International Hotel Las Vegas, the crew hang out by the pool the hole day.

We where having amazing dinners in some of the best restaurants in the world, having a VIP Party in 1 Oak Nightclub at the Mirage Hotel & Casino hosted by the American Rapper TYGA and he hosted a amazing afterparty together with the Bada Bing Dancers, also a fantastic trip in a private Helicopter to the Grand Canyon with a landing in Grand Canyon with a champagne lunch.

Monday 12 August in the evening we attended the ED EXPO convention and have a fun day, see all exhibitors, meet people from our industri from around the world and make new friendships, and see all the new stuff for our industri. The Bada Bing Girls was well dressed in Bada Bing clothes and got something of a note for everyone at the EXPO and also have a lot of fun taking pictures and hang around.

Tuesday evening 13 August the first Award and After Party took place at the Larry Flynt’s Hustler Club in Las Vegas,

Just being in such a huge Gentlemen’s Club with several floors, rooftop bar and restaurant was a great experience for all of us, also a couple of celebrity to part of the party. When the time come and the Award show took part we was so excited, and we was number one to be named, and it was Crazy the Bada Bing Copenhagen took the Award “Best International Club 2019” in the nominated category we were up against some of the biggest and best-known clubs outside the United States, and Yes small Denmark got the Award with Bada Bing Copenhagen “Best International Club 2019” and we were so overwhelmed, happy and excited.

The Las Vegas experience will never be forgotten and it was an experience for all of us, and it gave us the energy to come home and just get even better.

After we come home from Las Vegas, and we present the Award for the public, with a huge advertising package with 25 meters long banners, 180 buses in the capital of Copenhagen as well as nationwide Radio advertising spots, we get a huge reaction that we have get the Award, guests came to the club and asked the staff where to see the award, and we show it with pride, and it is placed in our Bar in the best spot and there it will remain forever.

The award is certainly an indication that we are in the heavy elite and certainly have a huge effect on marketing the club.

Strip-magazine.com is covering the European Striptease industry with monthly updates on or famous London Gossip, Interviews with industry people, articles and news from the world of striptease. We also offer a Striptalk forum, Industry Directory with Stripclubs and Agents and a Job board for the Striptease industry in Europe.
Prev post

Stripper censorship and why it is dangerous