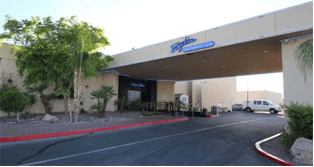 The Sapphire club in Las Vegas which has been open 10 years now has been called the biggest adult club in the world and being based around a former basketball stadium and covering 70,000 sq feet it’s hard to imagine anything bigger. It is though scheduled to expand further  in 2013 with the construction of a separate “adults only” pool club alongside. 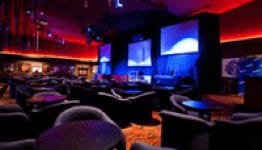 The strip club has just announced plans for an adults-only pool, built next to the existing complex on Industrial Road. It’ll be a pool complex with cabanas and DJ, due to open this spring at an as yet-undisclosed date, according to a press release.

Expect club dancers to enhance the appeal of the $8 million Sapphire Pool & Day Club; however, the Las Vegas Advisor says that women who doff their bikini tops must wear pasties. This is not the first time Sapphire has dipped its toe into Vegas’ bubbly party-pool scene. The Sapphire Pool at the Rio All-Suite Hotel & Casino drew dancers, and was a talked-about scene until it voluntarily closed in July 2009 after failing what was called a Las Vegas police “integrity check.”

The Las Vegas Sun reported that nearly a dozen people were arrested in a drug and “prostitution-related” bust and published a photo gallery of some of the people arrested. Find European strip clubs here 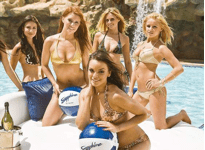 The Las Vegas Review-Journal reported that Harrah’s Entertainment, which owns the Rio, said at the time it had police check up on its clubs, pools and other attractions just to be sure there’s nothing illegal going on.

The new club is looking to amp up its entertainment value, and is looking for a DJ. Think you have what it takes to win the $100,000 contest (you need at least 5,000 social media followers and a demo tape), visit the contest website. Find strip club jobs here

In its press release, Sapphire says the day club will be “a multi-level, state-of-the-art, three-tier pool utopia that can comfortably accommodate over 700 sun-worshiping party goers. Some of the features and amenities include men’s and women’s locker rooms with rich, natural woods, Italian tiles, plush fabrics and quality finishes that will pamper each guest with privileged comfort; two hot tubs, VIP cabanas, day beds, lounge chairs, DJ booth, entertainment platform, pool concierge and a retail area displaying a full line of clothing.”

New lap dance club in Benfleet is being licensed