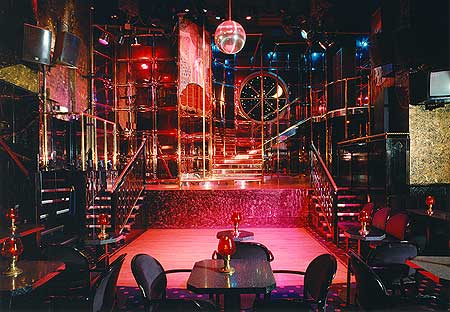 The Windmill International Londons Oldest Strip Cabaret gets a makeover…….

Ripped out, gutted, redeveloped and yes, they never closed all through the process – The Windmill International unveils itself in shadowy blues and blacks, gold and silver…. after having a makeover.

“We wanted to give it that old showbiz feel, in keeping with the Laura Henderson days” remarks Mr Owide, the proprietor of the club.

The Windmill International is London’s oldest strip venue. During the blitz in the 1940s, the club was owned by Laura Henderson who insisted on keeping The Windmill open….. and added a bit of nudity to spice flagging spirits! 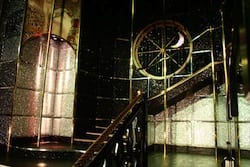 One of the prime conditions – in fact, the only condition – when The Windmill first acquired its licence for nudity was that the naked flesh on display would only be permitted on the basis that the dancers – ahem – models – would be the equivalent of living art….Oh how the times have changed…….

Today, the club has undergone radical changes – not least of which is the jiggling of that once statue still female physique. There are choreographed shows that see Brazilian, Chinese and Afro American perform anything from hip hop to carnival, and the emphasis is strongly on entertainment, rather then 5 star pole dance displays – as Mr Owides comments: “The Windmill International is not like other strip venues – we have a rich tradition and history and our dancers are here to entertain”. 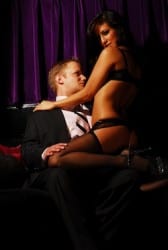 The interior of the club reflects the entertainment ethos – there’s a glitz laden stage, a metallic moon, silver and gold poles and at first, you might be forgiven for thinking that you’ve stumbled in to a rendition of A Midsummer Nights dream…. that is, until you realise that Shakespeare’s characters didn’t strip off their clothes. Upstairs, on the second floor, the fabulous journey in to escapism continues – with private booths for those who seek discretion and on the third tier, the decor is splashed in shadowy blues, with plush black sofas studded with bling! It’s a fusion of old time glamour with a bit of star studded burlesque.

The Windmill International has reviewed its own history and perhaps decided that its greatest strengths lies not only in its beautiful women and variety cabarets, but its showbiz feel, it’s theatrical glamour and Maritime history – something which very few strip clubs have a claim to. Get adress and contact info for The Club here