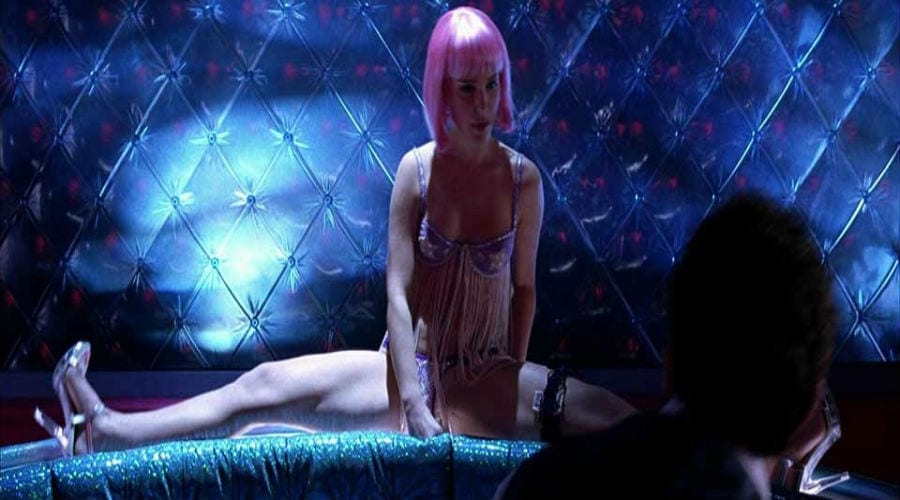 Angelica Petrowna- An exclusive interview with a million dollar stripper

An exclusive interview with a million dollar stripper

The following lines review an uncut interview is with an ex stripper and current entrepreneur and her path to success. 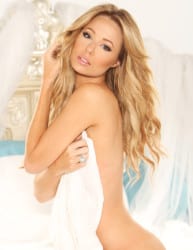 Hi Angelica. Thank you so much for your time. Presently, you are a successful business-woman owning a real-estate agency and a mother of two beautiful girls. How did stripping affect your life and career path?

Hi Letty. Thanks for having me (smiling).

Well, above all stripping gave me the one thing that I cherish most-my freedom! I’m a master in Business Administration and when I graduated and had my first girl, I found myself completely stuck in a dusty office on a miserable salary that was just enough to make ends meet but nothing more and very disrespectful colleagues that were bitching around all day long. I was suffocating. I dreaded every new day coming but I had to grit my teeth and smile as I needed to provide for my little one. After the first year, I felt mentally drained and desperate. Will that be the story of my life?-I was asking myself. I was feeling quite insecure as a woman as well. I used to think my body isn’t pretty and tempting after I gave birth and had the long-working hours in the office that didn’t leave me any time to care for myself. Something had to change.

Letty: So, how did the change happen?

One evening when my mum was taking care of my girl, I went out with a friend of mine I haven’t seen in years. She is an open-minded, free-spirited, bisexual woman in her late twenties. She offered us to go to a strip club. I refused at first but then said ‘What the hell? At least it would be something different”.

And so, we went to Gaslight. I was mesmerized by the atmosphere and stunning girls I saw there. Contrary to my expectations I enjoyed watching them laugh, flirt, gently touch my lap as if by accident, move in a slow and sensual manner. I was thrilled. God, I would give everything to be in their shoes if only for a night. I wanted to hide, merge with the surrounding and simply enjoy the life pulsating around here. So exhilarating, so different from the grey, mundane world in the office.

My friend had two private dances and a couple of drinks and seemed a bit bored and tired so we had to leave early. But the memory of it didn’t leave me for weeks. Learn how stripping provides a better life for my family.

Until one day, I went to an audition during a late Saturday evening and, surprisingly, got the job. I was part of this life now- this unique world. I was shaking with excitement.

It was just for three days a week first as I couldn’t afford to leave my other job. I didn’t know whether things would work as it looked so surreal to me. But it did. And I got more and more confident with my new job, my body, more positive about my future. And much less enthusiastic about my day job. Until I decided to quit it and become a full-time stripper.

Letty: Bold decision. Did it brought the so much sought after change in your life?

Angelica: Most certainly! I started to take more care of my body and grew to love it. Grew to enjoy my feminity and how it affected men. How it made them weak and vulnerable and shy. I also enjoyed some great discussions with the more intelligent lads that made me think in a completely different perspective about life. Most of them were successful business people. I loved to hear stories about them taking risks, facing challenges and ultimately succeeding to build their dream life. I grew to believe I could do this as well. And I did. I launched an estate agency project on Crowd-funding, paid part of the expenses from my savings as a stripper and gave it my best shot.

Letty: That’s truly amazing! Did you continue to dance after you launched your company?

Angelica: Yes, for a while. After the first year I was totally financially independent but kept dancing. I simply missed the girls, the social life with customers the feeling of being really “hot and sexy”. Unfortunately, I had to stop dancing two years ago when my second child was born as the responsibilities with the business and family grew massively and I couldn’t afford the time. But I would always miss that world and cherish the memories I had there. I still see my friends-strippers on a coffee and laugh at the funny moments we used to have together. Read about the top earning stripper in the world

Letty: So, you did have a positive experience as a stripper. It’s not the colourfully described by feminists degrading, objectifying exploitative job that women get because they don’t have a choice?

Angelica: I definitely had a good experience as a stripper. And, I had a choice when I chose stripping! It’s not ideal, you do have to be tough, to face challenges as in any other job but on the whole it is the sub-standard stripping venues that create that image of the industry rather than the industry itself. You can get degraded, humiliated, objectified and exploited anywhere. I felt like that in my office job rather than on the stage…I mean, who says that women are objectified when stripping? I had the time of my life dancing naked, being admired, being “the boss” during the performance.

Letty: Thank you so much Angelica. It was an incredible pleasure to have you today.

Learn the history of Striptease