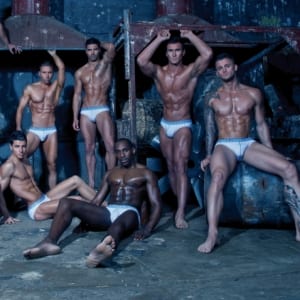 Accoording to swns.com  The UK based male Stripper group “Dreamboys” has been forced to insure their manhoods for millions – to protect them from overzealous women.

The Dreamboys have acted after one of their star’s tackle was so badly bruised by a grabbing fan he couldn’t work for two weeks.

A strippers fear and how to handle it!

Zane Hopkins, 28, was taking part in an arena show in May last year when a member of the crowd broke through security guards and grabbed his penis.

Since the attack the troupe have added their prized assets to their public liability insurance – making their bodies worth a collective £96 million.

Manager David Richards, 32, used to fork out £3,000 a year in premiums for the insurance with Royal & Sun Alliance.

David, a former stripper himself, believes his performers are the first group of strippers in the world to have their genitals insured.

He said: “We have our own Dreamboys security, but they were stopping girls running up to the stage.

“Then this one girl grabbed Zane’s manhood. The security staff didn’t stand a chance against her.

Save Our Strip Jobs