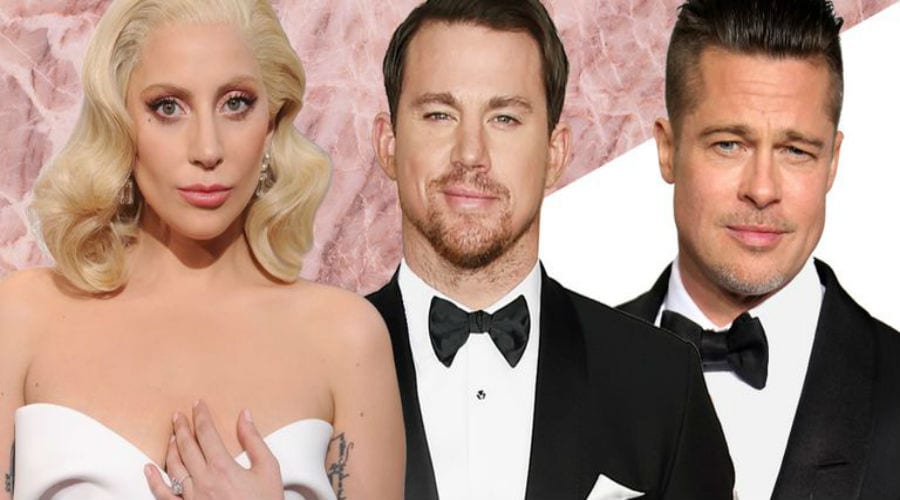 Nine celebs who used to be strippers

We recognize them from the big screen or because of their successful music careers, but these celebrities actually had a more unconventional job before their big break into the Hollywood by working as strippers and the majority of them really liked it!

The strip industry prides itself with former stars such as Brad Pitt, Lady Gaga, Dita Von Teese, Channing Tatum and even royal figures like Meghan Markle. Their untraditional job not only helped them make ends meet while they focused on a more creative career but it apparently gave them the best time in their lives.

Some A-listers even claim that had they not become famous they would probably still be strippers. Let’s take a look at our list of former strippers who have turned into Hollywood’s hottest celebrities.

In an interview from 2015, the star openly explained that as much as he likes the naked side of stripping he isn’t quite as sure about his dancing abilities on stage.

“I was always a very much naked person. I loved to always get naked. I was very free, so I thought, “I may as well get paid.”‘

And while he made $40 every time he stripped off for ‘casual jobs’, he never got a job in a real club.

“I made more money stripping than waitressing,”

the pop star explained during an interview with Andy Cohen on Watch What Happens Live.

“I didn’t show too much — I was a burlesque dancer. Because my family’s European, for me it wasn’t that weird and I didn’t do anything super seedy — although my dad didn’t think so.”

Famous model and entrepreneur Blac Chyna was a stripper at Miami’s King of Diamonds gentlemen’s club, and said during a Facebook Live in August 2016 that if she hadn’t got famous, she’d probably still be a stripper.

“I would probably be still in the strip club”, she said in response to the fan question. I’m just keeping it real. I can’t do nothing else.”

Hollywood’s golden boy Brad was part of a group called the ‘Dancing Bares’ while studying in the university along with his former ‘frat brothers’ (friends, basically). In an interview he openly shared some hilarious stories from his early days as a stripper.

“When a girl from one of our sister sororities turned 21, the Bares would put her in a chair and come out butt-naked with pillowcases on their heads and do a choreographed dance for her”, Brad’s friend from the university Thomas Whelihan said. “The girls would be laughing so hard. It was great!”

Another guy Harry Lunt added: “Once, during Spring Fling, Brad tanned the letters of the sorority house we were grouped with on his butt. He mooned the whole crowd. Everyone thought it was hysterical.”

Amber shared memories from her career as a stripper during an interview with Cosmopolitan US in 2015, revealing she did it from aged 18 through to 25.

“That was the best time of my life!” she declared. “Oh my god, I had so much fun. I really did. All the girls were really cool. The guys weren’t allowed to touch you. I was never sexually assaulted or [anything]. I was young, beautiful, I was onstage, I wasn’t really ashamed of my body. I made lifelong friends.”

Channing’s time as a stripper, when he went by the name of Chan Crawford during the 90s, was used as inspiration for 2012 film Magic Mike.

“I don’t miss anything about stripping,” he told PEOPLE during a press call for Magic Mike Live.

In her early 20s, Azealia worked in the gift shop of a jazz club and danced in a strip club to make ends meet.

“It’s super-athletic and it’s sexy as hell”, she shared in a 2014 Telegraph interview of her stripping past. “I still go to strip clubs, and I follow a lot of strippers on Instagram. I like the nightlife, the drinking, the partying, the attitudes, the clothes – it’s cool.”

Before starring in Baywatch, Carmen Electra worked as a stripper – and later released her own signature brand of stripper poles.

As a young girl, Dita worked in a lingerie shop where she got her love for vintage and later obsession with burlesque dancers.

This love led her to become the most successful burlesque show performers in the world and made her the style icon and seductress we know today.