When lap dancers in New York went on a strike in a desperate attempt to give a voice to their abused working rights, no one could have predicted the deep repercussion it would bring to the global stripping community.

Gaining the support of major names in the industry such as Jacqueline Frances and Gizelle Marie, the movement quickly gained momentum spreading beyond the New York stripping scene.

One of the major issues provoking the strike was the conflict between dancers and “bottle girls”-Instagram famous models/bartenders. The latter were allegedly stealing money from dancers. The claims were supported with hundreds of videos posted on Instagram, revealing bottle girls who were swiping money off the stage while dancers are performing, leaving next to nothing for the performers.

And while the conflict rested on the presence of this new breed of bartender, it’s roots showed a much deep and disturbing reality-the lack of management and poor management of clubs that fail to provide a functional work environment for the dancers. We have seen countless of iconic clubs being shut or facing bankruptcy and license loss in the UK stripping scene and beyond due to that very reason. 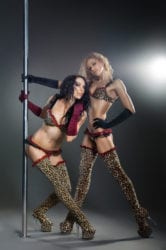 In Australia similar to the UK, strip clubs have been surviving their “dry season”- the challenging period between New Years and late February when clubs get quiet after the Christmas buzz. And it is in those challenging times that conflicts between managers and dancers escalate as the earnings of the clubs are plummeting to a minimum and a lot of pressure is being placed on managers to retain dancers as seasonal performers quit.

Harley Barnes-Roos -the Australian stripper, graphic designer and artist who changed a Brisbane club for a New York says she has experienced the friction first hand:

“I swapped clubs in the new year. Before that we had been accused (by upper management) of ‘stealing’, taking large tips and not putting them through as dances. Once those comments were made I knew this was no longer the place to ‘work’. And I put that word in quotations because I was hardly breaking even most nights, so for them to accuse us of doing those things was inconsiderate and disrespectful.”

Harley goes on saying that some of the most troubling matters in the relationship between a club and its dancers goes beyond money and relates to the contracts between dancers and clubs, which position dancers as employees rather than sole traders. While the contracts explicitly state that dancers are independent contractors – meaning they’re not being paid an employee wage, or receiving workers compensation – they are subject to rigid shifts, hours that are prescribed by the club and commission payments of 40-60% of lap dance earnings.

“Being sole traders, we should be able to come and go from the venue as we please, as we have already paid to rent the space, however with one particular venue, they had stupidly strict rules on the days we had to work,” explains Barnes-Roos.

“In many cases the management are able to fine you any amount if you ask or need to leave early or start later,” Harley explains. “This is very unfair, as the amount can fluctuate and can be set without any reasoning. Some dancers were favoured by the management which made it quite unfair on the other dancers.”

Fines can range from $50 up to $300, depending on the venue, which may take the performer’s entire nights earnings. With no union to advocate for dancers rights on the workplace, this practices go unpunished.

“A union is definitely needed. The reason why I think we don’t already have one is because it still is quite a taboo line of work,” says Barnes-Roos.

Just like most industries, having a union within the lap dancing industry would help dancers not only to negotiate better working conditions, but also help them interpret industry specific legislation. 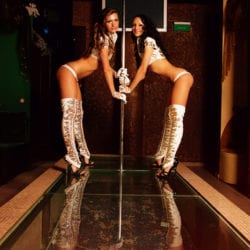 So far, the legislation surrounding the stripping industry is, at best, prejudiced and unclear putting dancers in a position, where they can only learn about their rights and responsibilities from the information provided the clubs. And these rights and responsibilities differ vastly, depending on each state’s respective liquor licensing legislation and sex work legislation. With laws differing state-to- state, this also makes it harder for Australian dancers to collectively fight for a fairer treatment.

The idea of forming a dancers union isn’t unfeasible. Between 2004 and 2011 Australia did have a union to advocate on behalf of strippers; the Striptease Artist Alliance (STAA). Unfortunately, after achieving some incredible results — which included successfully getting overtime pay, as well as maternity leave for dancers — the STAA was deregistered by fair work in 2011 after failing to meet the basic reporting requirements.