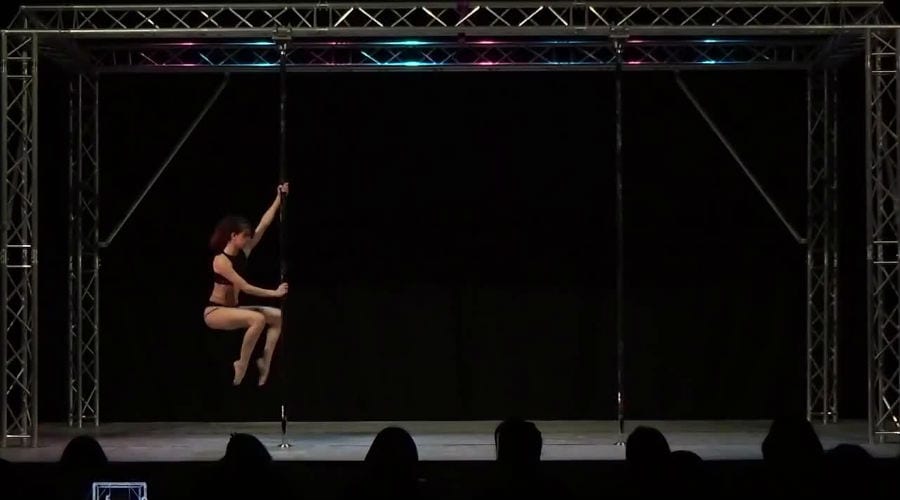 Strip Magazine was honoured to attend the 2018 Southampton pole dancing national contest. Amongst the performers, a 21-year-old Plymouth stood out with her exceptional performance that amazed the audiences and vent viral on YouTube. 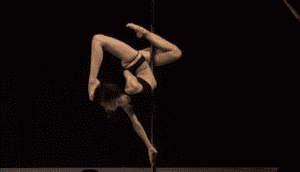 The short video of Esme Telford’s also provoked a massive admiration from the pole dance community.

The young dancer has achieved in just three years to train her skills to level up to world class competitions.

In the heat of the dance, she managed to pull off the Rainbow Marchenko-a challenging move considered as one of the hardest in sport with upside down splits that require extreme back and leg flexibility.

Esme came out as second at the contest, being outperformed only by a pole dancer from London. Nevertheless, many of her viewers are rating her performance as supreme and the best they have seen on the competition which tipped her for future glory in the fast-growing sport, Strip Magazine learned. 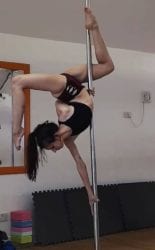 When we asked her what she thinks about her own performance, Esme replied that she is really pleased even though she scored a second place in the contest but is hoping that with her dance she will inspire more people to get into this sport.

“I want to inspire other people to do well in competitions and perform more,” she said.

Esme started pole dancing just three years ago but has already won a championship making a name for herself in the sports world both nationally and internationally. In 2017 she won the English Riviera Pole Competition’s advanced category in Torquay, shortly before she got selected from pole dancers from all over the country to take part in the recent contest hosted by Solent Fitness and Aerial Arts.

The young talent also received an invitation to perform alongside some of the world’s most recognized names in the industry at the international Pole World Festival that will be held in Bristol this year. 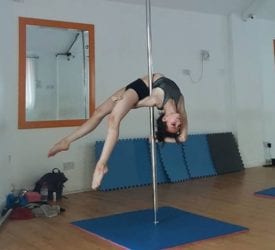 Esme combines her hard training routine and contests attendances with a full day job and teaches flexibility classes at her Stretch with Esme sessions that are held every Thursday evening in the Art of Dance.

For her success Esme credits Art of Dance stars Sam Remmer, Shin Tan, Lucy Provenzano and Rosanna Durban-Haines and expressed her gratitude to them for encouraging and supporting her through the years, Strip Magazine was told.

“Pole dancing is fun, I like the way it looks and I like doing it,” Esme said.

“I like working on different moves and becoming more flexible and stronger.”

But to be a top pole dancer takes dedication. 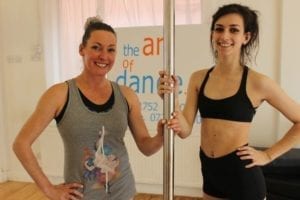 To make it to the top, Esme trains for between two and four hours, six days a week.

“That’s stretching and time on the pole,” she said. “Some days I just do stretching.

“I self-taught my flexibility at home, stretching for three hours a day, including warm up, almost every day. I have one rest day a week.

“I do this outside work time, but would like it to one day be my full life.”, the young performer told Strip Magazine.

Sam Remmer, the owner of Art of Dance said:

“Esme’s progress has been absolutely outstanding. Having started pole dancing at the Art of Dance just three years ago Esme has improved far beyond what we all expected.

“Esme’s recent second place at the advanced category at the Solent Pole and Aerial Competition was another great result although I clearly felt that her performance deserved higher recognition from the judges on the night.

“Every time I see Esme perform, she improves, taking on board any feedback she is given.

“I am sure Esme’s competition future is very bright and I hope that she will soon be taking on international competitors.”

Behind the scenes of Liverpool's most glamorous lap dancing club-Rude