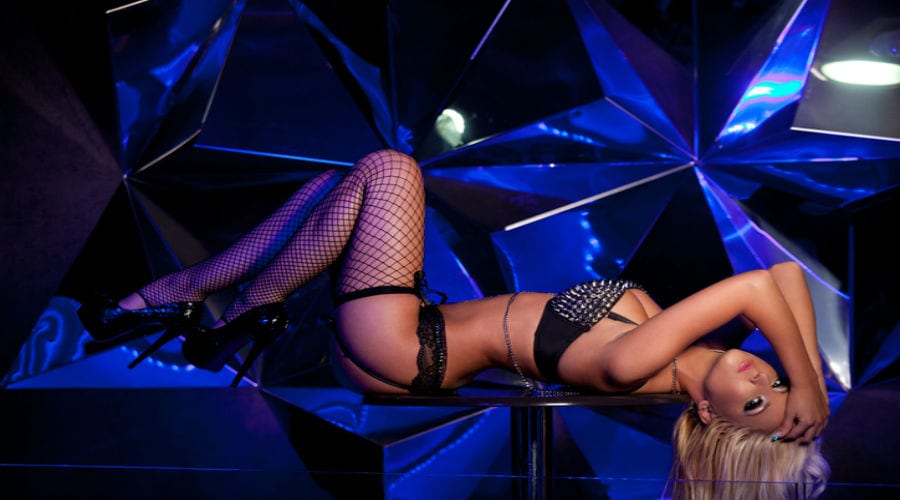 £380 a night and no sex involved: Lap dancing star tells us what it’s really like to work in a strip club

Striptease has been a deeply controversial subject for years on end but, nowadays, it emerges more and more as a statement of the modern, sexually empowered, liberated woman.

And here we have another brilliant example of a lap-dancer who has achieved the financial success and independence many women could only hope for and she didn’t need to sell her soul and body for it.

Stunning beauty Ruby Winchester who boasts an impressive DD-size chest and has worked in an American gentlemen’s club for four years to earn her dreamed lifestyle.

Her good looks and jaw dropping body accentuates the impression that a lap dancer job is all about glamour but Ruby tells us a different story.

She admits that the working hours are “brutal” and that she once had to fight off a punter.

She also revealed she would have to “switch” to a “stripper personality” every time she arrived at the bar.

Her classic outfit would be a thong and seven-inch platform stilettos when conquering the stage from “6.30pm to 3am for four nights a week”.

Her signature move involved a handstand and she reckoned that with £20 a song “lap dances are where the big money is”.

She also shared that the way the way to earn big money is to “flirt and initiate conversation” with punters who would then almost always want a private performance.

“There were two poles on the main stage, and it would start off with one girl on each – you’d go from pole one to pole two, then go into this little tiny area where the bar was and you’d do your third set there,” she said. “The girls were on rotation.”

“I always got my money upfront and I would do one lap dance for £20 or three lap dances for £45. We’d take them to the VIP room, it was really nice and kind of dark, there were couches.”

“You give them the lap dance and no sex is involved. The club I worked at, this was an open area and behind me across the room would be another girl giving a lap dance.”

Ruby also added that even though most of her earnings were coming from private dances, her pay ranged from £300 to £380-a-night, which was “more than the other girls” because of her more voluptuous figure.

She said: “They don’t pay you hourly and you only work for tips.

“The kicker is you’re considered an independent contractor, so you’re renting your time on stage.

“And don’t forget to tip the DJ because if you don’t, you’re going to wind up dancing to an 8-minute song about ham sandwiches.”

She admits she would often keep her DD-size chest hidden underneath her bra but would go topless on stage if it was “a slower night and there weren’t many people in the club”.

The dancer added that the audience were generally “a good mix of guys” but there was always “one creepy guy”, who everyone tried to avoid. 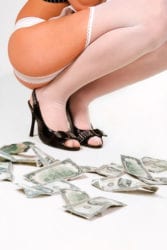 She even admitted that when one guy stepped over the line, she had to fight him using tips she learned from her police officer dad.

“We absolutely had people trying to grab us and overstep the mark,” she said.

“My dad is a retired police officer, so growing up I was taught self-defence.

“Once, this guy tried something, and he wound up on the floor with my heel on his neck. I was daring him to move, and the DJ was calling me to the stage because it was my set.

“The security officer walked in and was like, ‘are you ok?’ and I was like ‘I’m not the one you need to be asking.”

Talking about the need to switch between personalities, she explained: “Your stripper personality is not the same as your regular personality, and you’d always have to have that turned on.

“You’re flirty, it doesn’t matter if you’re married, you appear single otherwise you’re not going to get anything.

“You are their fantasy – you can normally get a feel for what they’re into as you’re talking to them. ‘I like women who are more dominant,’ they might say, and then you turn it on… you become that.”

Plans to turn Old House of Commons into a strip club