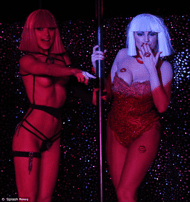 In what will probably turn out to be a very important decision Angels in Leicester has been granted an SEV after taking the council to judicial revue. This is the first of what I expect to be a large number of legal challenges pointing out the incompatibility of the new act with a number of EU rules designed to ensure an open market.

It’s emerged that the man behind the unsuccessful attempt to open a club in Maidstone, Kent is Steven Hutchins who was one of the youngest JPs in the country but was forced to stand down. Apparently his company already operates the Tenshi club at the Circus Tavern amongst other nightlife venues.

Kelly Brook  has followed on the heels of the likes of Dita von Teese and Pamela Anderson by guesting at the Crazy Horse shows in London.

Spearmint Rhino is set to open a new club in Bristol, that would make 4 in the city assuming it gets a license though it may face opposition from the council who had previously set the number of clubs allowed as 2. The proposed Bristol club is part of a new expansion strategy where Spearmint apparently  wish to open clubs in 6 further places in the UK.

The Swansea council have introduced a “nil” policy for SEVs, this would result in the closure of the “Fantasy Lounge” currently the only club if implemented.  The club’s current license runs until March next year, don’t know if they will go through the expensive appeals process. Plymouth council are introducing stricter rules on their clubs though despite this a new club called “Angels” is opening in Union street. I understand the former “Boulevard” strip club in Walkers Court, Soho {now called French Pussycat”}will close after Christmas, that will leave the “Sunset Strip” as the only survivor from the 30 odd places that once operated in that area of London. Talking of that club 2 strippers from there ended up at Southwark Crown Court in November where  Maria Badea was jailed for 18 months for head butting the other Gina Ciobotaru in a dispute apparently over customers !

Nadine Dorries the MP who asked about the Ampthill club during Prime Ministers Questions the other week has shown her commitment to her constituency by going on “I’m a Celebrity” for the next few weeks ! The club she opposed “Shaylers” opened on November 30th .

The long awaited biopic of Paul Raymond  staring Steve Cooghan which was to be called “King of Soho” is now to be called “The look of Love” and is scheduled for release in March 2013.

Tantric Blue https://stripclubguide.com/place/tantric-blue-gentlemens-club/ the former Spearmint Colnbrook now has a web site http://www.tantricblue.com/index.html . The Browns -Griffin split seems to be have finally completed and Browns https://stripclubguide.com/place/browns-shoreditch/ now has it’s own web site http://www.browns-shoreditch.co.uk/ . 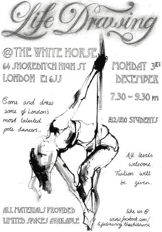 opposition.  Acrington’s first club “I Candy” has had a successful  few months of trading and it’s license has been renewed.

The White Horse Shoreditch is opening it’s doors to a life drawing class on the 3rdDecember at 7.30 pm.

Christopher Brown a bouncer at Little Black Book in Sunderland was given a 12 month suspended sentence for throwing a customer down the stairs.