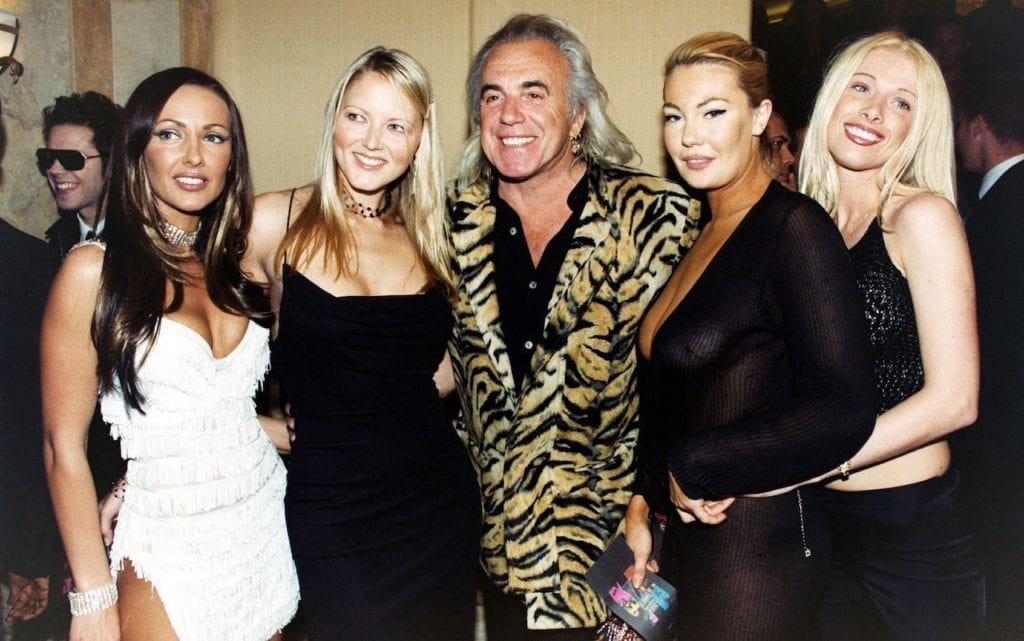 Known as the King of the Clubs who ruled the lap dancing industry for almost six decades Peter Stringfellow tragically passed away after a secret battle with cancer.

The industry mogul, who wanted to keep his illness private, died in the early hours of last Tuesday morning after spending time in hospital.

“It’s very sad news. He passed away in the early hours of this morning. It was kept very private, he didn’t want to tell. He wanted to keep it a secret,” his publicist said.

Known with his charismatic personality, flamboyant style and incredible sense of humour Peter was the drive behind the revolutionizing and modernizing of British lap dancing scene.

Born in Sheffield in 1940, Stringfellow was the eldest of four boys who were brought up by the women in his family after the men went to war.

He served a brief prison sentence in 1962 for selling stolen carpets, a sharp lesson which he said put him on the straight and narrow.

Peter started in the entertainment industry in the early 1962 when he rented ST. Aidan’s Church Hall in Sheffield on a Friday night.

The Beatles played a big part in his success because they played his first club in a sell out gig in the 1960s. They were followed by more star performers including Jimmi Hendrix and the Kinks. As his popularity soared, Stringfellow went on to open more clubs, including Cinderella in Leeds.

In 1980 he opened his most famous and longest running venue-Stringfellows in Covent Garden and went on to open more gentlemen’s clubs in Paris, New York, Miami and Beverly Hills. 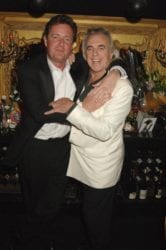 With his “Unashamedly upmarket venues, stylish luxury and the most seductive girls” as his website suggests, his name became synonymous with high-end adult entertainment-an echo of the empire created by legendary Playboy magnate Hugh Hefner.

Stars from around the world were partying in his venues. The mogul claimed his clubs had hosted A-listers including Prince, Marvin Gaye, Rod Steward and Tom Jones.

And it was not just celebrities who got treated to Peter’s generous hospitality-Professor Stephen Hawking once joined him for dinner at one of the venues. 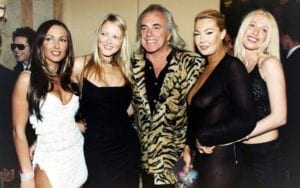 Lizzie Cundy recalls: ‘He loved girls, his clubs were amazing, they really were the places to go and be seen in. He gave models membership and all the girls got in free.

‘Peter would always have big stars. I remember going in there one night and Prince was right there. He said wait until I give the nod and you can come over and meet him.

‘All the stars wanted to be there. I remember him telling me this really funny story that Professor Stephen Hawking was in the club, he just wanted to see the girls.

‘He made the club so fun because he was such a wonderful person. One of the most, warm, kind, generous people.

Peter’s private life was as adventurous, vibrant and unique as his entrepreneurial career. 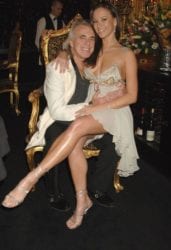 He was most famous for his love of beautiful women and when asked how he managed to have 2,000 lovers he said: ‘I’ve been around a long time, man. Just by the sheer weight of years you’re going to have a bunch of girls in your background’.

Asked why he was so successful he added: ‘I am wonderful, with a perfect physique, very charming, rich and look like Jude Law’.

Married three times and a grandfather four times over, Stringfellow is survived by his wife, Bella and four children, Karen, Scott, Rosabella and Angelo.

Stringfellow married the love of his life Bella, who was a former Royal Ballet dancer, in 2009 and embraced fatherhood in recent years. Rosabella was born in 2013 and Angelo was born two years later. 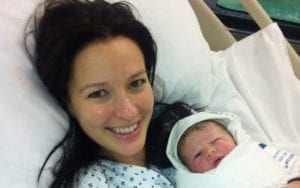 The club legend was previously diagnosed with lung cancer in 2008. It wasn’t made public until six years later.

In an interview given shortly after welcoming his fourth child, he said: “I do feel guilty about not telling the press at the time.”

He added to the Express: “But I didn’t want to be known as ‘poor old Pete who had cancer’. I think I just wanted to avoid all the sympathy.

“But every year since I have felt more and more guilty because, if I had made it known more widely, there’s a chance I might have been able to help other men in a similar position.” 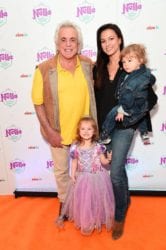 In what’s thought to be his final TV appearance last October, the nightclub mogul spoke to Richard Madeley and Kate Garraway about welcoming a child at 75.

Kate asked him: “When is your cut-off point?”

But she was stunned when he replied: “Last night.”

This led to Richard joking: “I think we’ll have to give you a vasectomy, young man!”

Peter also famously became the first person in Britain to win a fully nude licence for ‘Stringfellows’ after he successfully argued his dancers shouldn’t have to wear a G-string thong.

Stringfellow had been a lifelong Conservative voter and donor who could call on politicians including Margaret Thatcher to support charity events at his clubs.

But he quit the party after the EU referendum and campaigned against leaving the EU.

There have been a huge number of tributes to the club boss.

Lizzie Cundy said: ‘He always turned up for charity events, he was so supportive. I remember he was ill but he promised he would be there and he did.’

Comedy actress Su Pollard, who knew Stringfellow and had worked with him, told BBC Radio 4’s Today programme: “He was a fantastic role model for other entrepreneurs.

“When he was in the room – for a start, I used to think he was so handsome, I love men with long hair – he was lovely. 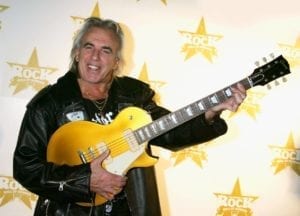 “I liked him because he was always warm, he could have probably been in showbiz in another area, but he chose to be an entrepreneur.”

Pollard added: “You miss people that are large, and are givers. He gave of himself such a lot. He was a great person to be around, I feel for his family.”

BBC Radio presenter Tony Blackburn tweeted a tribute to Stringfellow, describing him as a “terrific guy who lived life to the full”.

Boy George described him as “one of Sheffield’s finest”, adding: “What a character”.

The Three Degrees star tweeted a picture of herself meeting Diana, Princess of Wales, alongside the nightclub owner

Our thoughts and sincere condolences are with his family at this time, RIP Peter and God bless.

Picking the right strip club for you to make more money