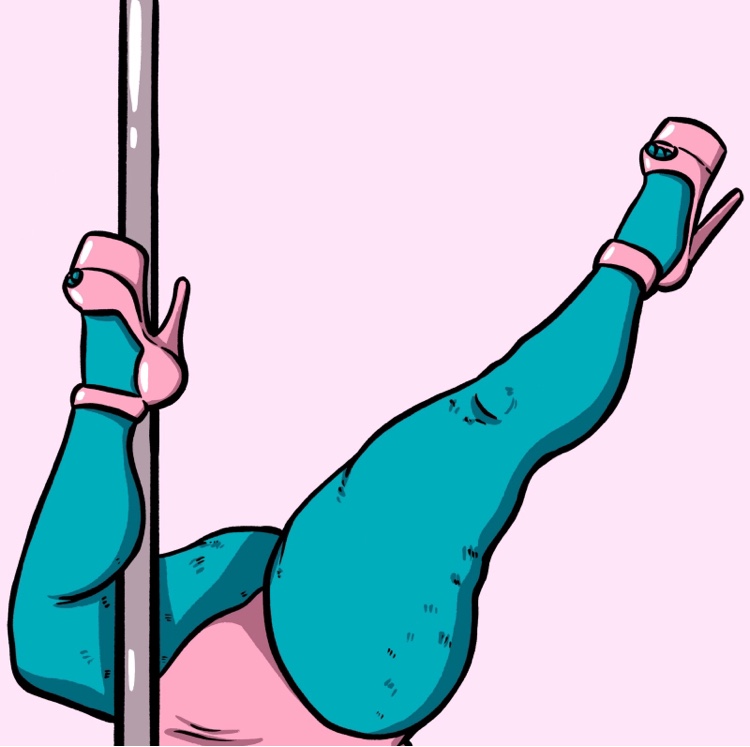 Thicc Strip smashed all expectations with a sell-out show, the sexiest new strip show in town. On December 14th 2018, the Los Angeles nightlife was set on fire!

What could be so fresh, so wild, so hot-damn sexy…? 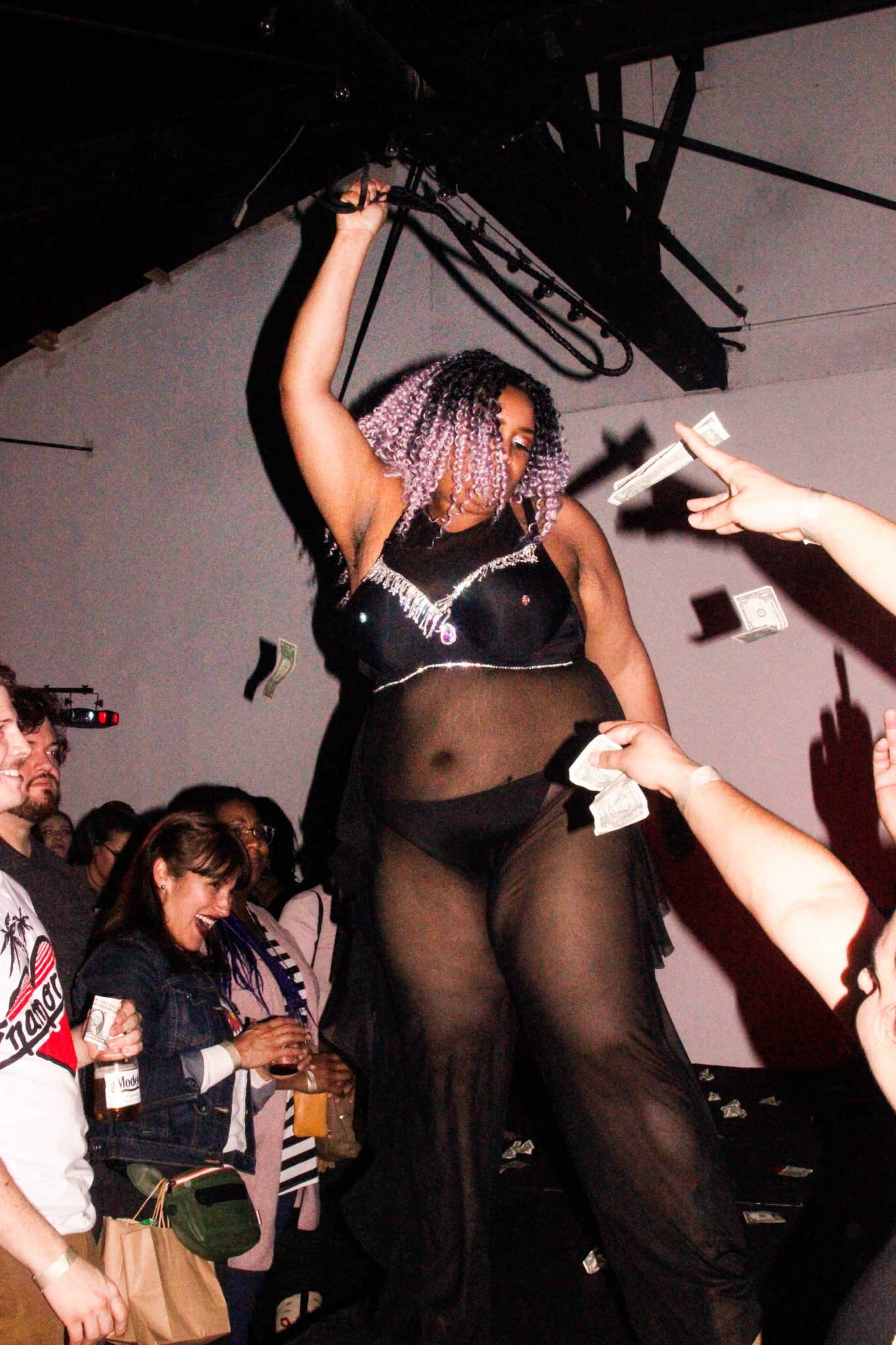 Let’s get this party started at Thicc Strip in Los Angeles. Event photos by Jacquie Ray.

Alison Stevenson is one of a team of vibrant women who are bringing Thicc Strip to the world stage: “I was inspired to create a body positive strip show from being a long-time fan and admirer of stripping, but also feeling that because of my body size, that was a space I could not enter the way thin women can.”

“I wanted to create a space where women of all body types could feel free to be sexually empowered.”

“From there, I met Elizabeth Flores and Linda Douglas who were equally passionate about making a show like this happen. We sat down and turned the idea into what is now Thicc Strip.”

“The feeling was amazing! The whole time we were planning this, we were wondering what the audience reaction would be like. We didn’t know for sure if this was something people wanted to come to.”

“The fact that we sold out of tickets so fast assured us that we were onto something special. Proof that we weren’t alone in wanting something like this to happen.” 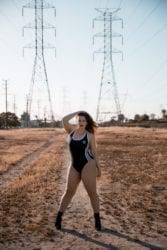 “Thicc Strip was not a choreographed show. It’s a strip show, not a ‘dance’ show. So no acts were strictly choreographed. I was there to coach each participant through constructing their performance. Things like song selection, movement choices, pacing, techniques for clothing removal or working a prop like a chair. Each act was unique to the performer. It was constructed with the knowledge that when performed,  audience interaction was key, and being present with their bodies in that exciting moment.”

“If the whole ‘plan’ of the piece went out the window once they got on stage, that was fine. Their goal was to be out there, to strip, to flirt, to work the crowd, and to collect dollar bills.” 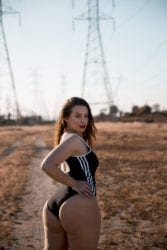 “Our first session together I started by leading an opening circle where everyone introduced themselves and talked a bit about what they wanted from the experience. This was in order to create some comfort, familiarity, and intimacy with the participants.”

“I brought them into things like walking seductively across the floor, crawling, making eye contact, touching their bodies…”

“That seems mild, but it’s actually the hard stuff, because I didn’t give them a lot of direction. I asked them to dive straight into being visible and expressing themselves in front of each other, which is really hard.”

“I remember how nervous and anxious and giggly the first session was. How awkward many people felt at the beginning. It took some time to get them to surrender – to be like, “Okay. I’m here. This is real, I’m taking this seriously, I’m not gonna just ‘get through it’, or joke it off, I’m going to dig into it.”

“Is it peculiar that she twerk in the mirror?” Janelle Monae Erykah Badu 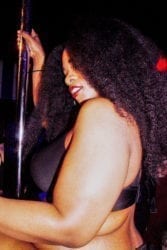 all of these women have, for the most part, a history of being shamed about their bodies and sexuality, it becomes even more challenging still.”

“The only way to look sexy is to feel sexy; to be in a felt experience of enjoyment of your own body that you’re allowing others to witness.”

“Even if you feel really well adjusted and healthy about your own body image, things you aren’t expecting to be stirred up can arise. Like when you’re asked to crawl across a floor and make seductive eye contact with a chair! All the while, imagining that there will be a person in it during your performance.”

“Money, money on my mind, throw it, throw it up, watch it fall off from the sky.” Rihanna

“Your body can freeze. It can feel ridiculous or silly or false or embarrassing. Memories of childhood movement experiences. 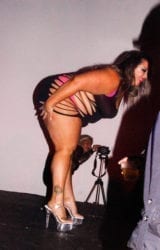 Like school gym, like people telling you you can’t dance, never going to dances in high school because you’ve been bullied or teased, never going to a place where you would wear a bathing suit in public… Going through much of life 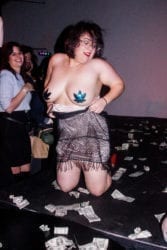 situations where all eyes may be on you and your body. All this can all come up in your body as you begin moving. Everything in you can start screaming, NOPE! This is too much visibility! That is an incredibly vulnerable process for anyone.” 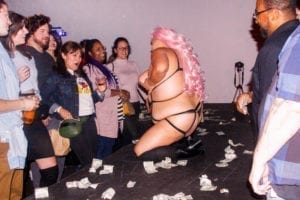 across the floor to standing on that stage, owning themselves, owning the room, while hundreds of dollars and screams of joy rained on them from the crowd was one of the most rewarding coaching experiences of my life. I don’t think I’ve ever been prouder of a group of performers, because I know intimately, personally, what it meant for each one of them to get on that stage, and how far each one of them came to get there.” 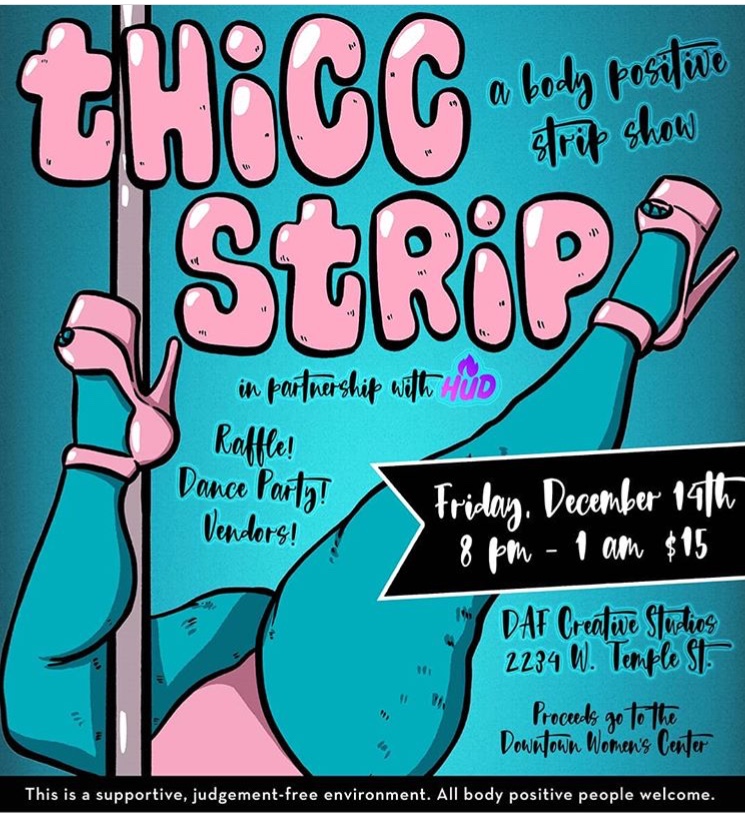 Co-organiser, Elizabeth Flores: “I felt really proud that we had succeeded in creating a body positive self love space. We had not expected over three hundred people to show up. We were completely blown away!” 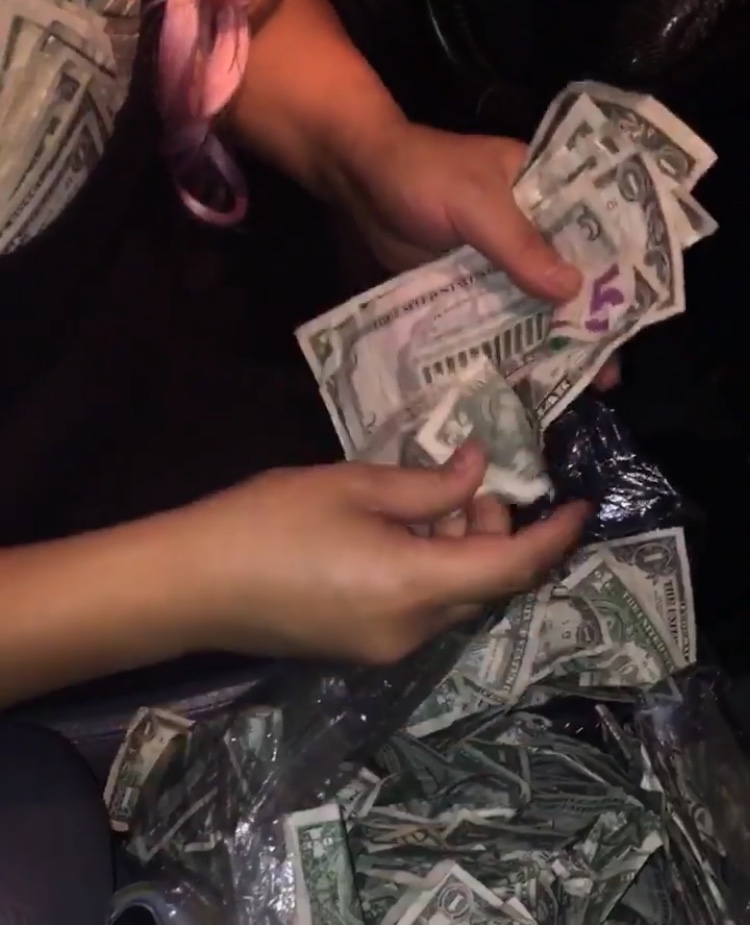 “Look at it I bet you wishing you could clutch that.”  Iggy Azalea

Performer, Seraphina Rose strips it back: 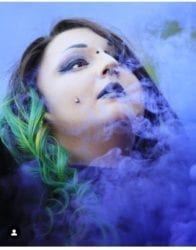 “As a fat, femme bodied, burlesque performer I was excited to see an event that didn’t just focus on fat bodies as glamorous and sexy, but outright sexual.”

“My mom likes to joke that she knew I would one day end up a stripper because I used to dance around the house in underwear or frilly undergarments. There was a long period in my life where I was petrified to be seen in less than jeans and a t-shirt. I’d felt like my body was such a shameful thing that needed to be hidden away.” 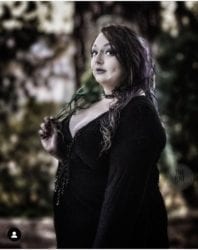 “No matter what I do, existing in my body is a political statement: I might as well make it a powerful one.”

“I saw a post on Facebook and luckily, Thicc Strip were still accepting performers. That week I attended the first rehearsal and from there on I was hooked! The atmosphere was of supportive dancers with all sorts of bodies who weren’t afraid to be demanding of their space as a sexual creature. It was such a wonderful escape from the negative commentary in the world.”

“The energy that I get from an audience when they watch me is an intimacy that fills me with joy!” 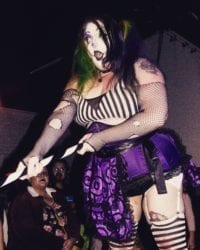 “I can see in someone’s face if they are shocked or scared, aroused or repulsed. No matter what reaction they are having, I want to see it in them.”

“Growing up I was the weird fat queer Jewish goth kid who had chronic illnesses and invisible disabilities on top of being super smart with ADHD and C-PTSD . We lived in a very conservative Christian town. On top of being bullied for basically every aspect of who I was, I spent years being put down for only being interested in art and figure skating. A couple of years ago I dropped out of college because of my health and that was the catalyst in my going down the path of burlesque and sideshow and stripping.”

“As I got older and I started learning how to love myself, I started to see that being nude and stripping was this way of owning my body and empowering myself to be confident in the person that I am.”

“Taking up space, being seen as the most authentic and raw versions of myself is a huge part of how I’ve reclaimed my life. I spent so long feeling invisible that I never want to fade into the shadows ever again.”

“It was in embracing the things I was once convinced I needed to change that I have found the most amazing social circles and friends. Success has come because of those things, not in spite of them.” 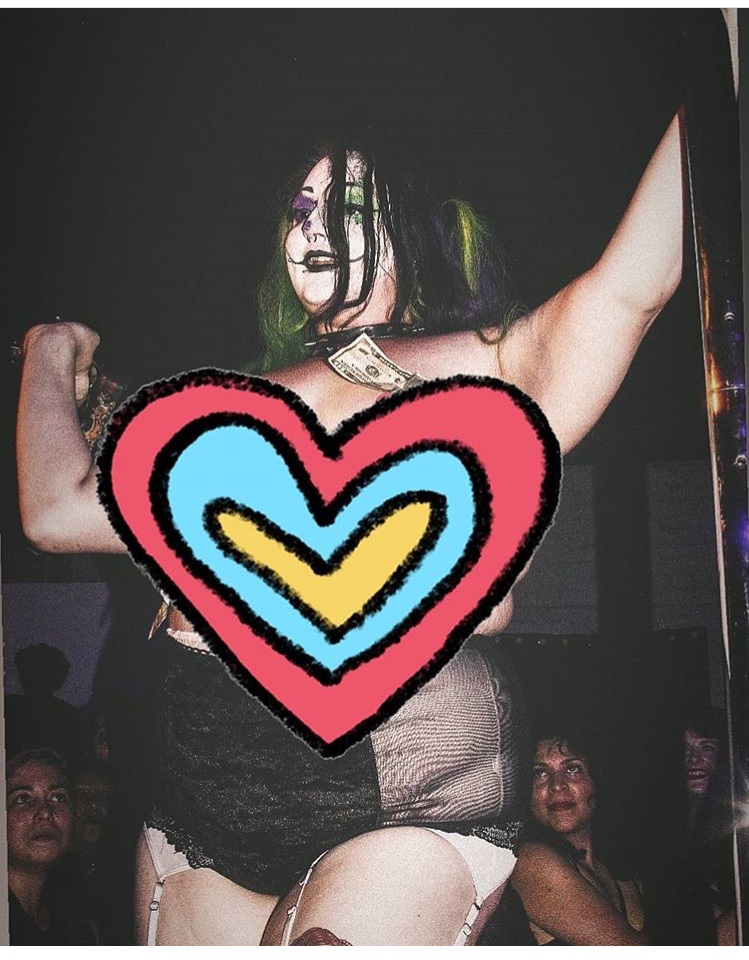 The organisers say they will keep putting on Thicc Strip shows and help end the stigma around fat bodies. “Thicc Strip has a big future, that’s for sure.”

Fat bottomed girls you make the Stripperverse go round!

Get in touch now with Thicc Strip for upcoming shows!