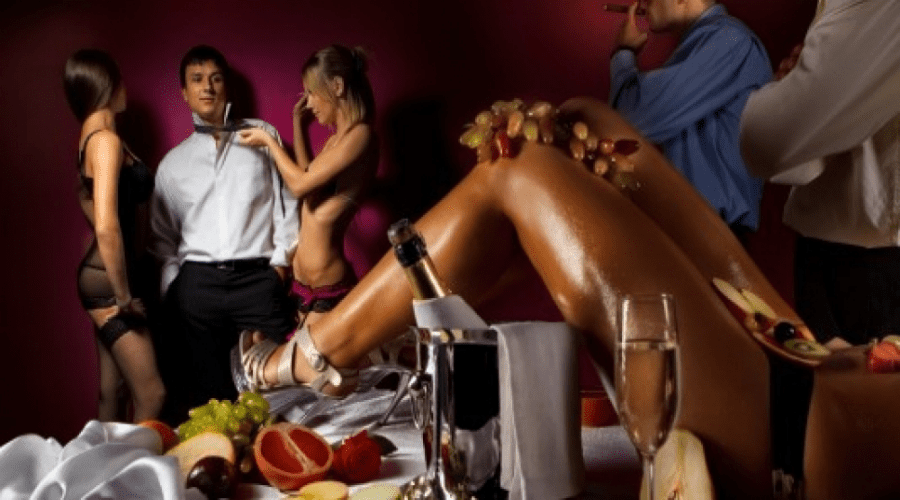 Strip clubs are the best escape from loneliness

Loneliness and the basic human need of some intimacy is amongst the primary reasons why successful men prefer to escape reality in a strip-club. 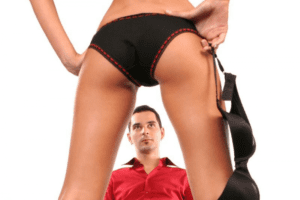 They can come from all walks of life and  despite their wildly different realities, share the same desires and emotions.

Many of them, who have been scarred from the years of spurned advances would describe strip clubs as a ‘refuge’. It is where they can get the much craved attention and admiration without the fear of being rejected.

‘The primary reason that I go to strip clubs is: loneliness. In the dead of night, alone at home, the loneliness sometimes becomes unbearable. There aren’t many places to go in the middle of the night, and most of those choices don’t necessarily ensure any kind of reasonable human interaction.

I like to think I hold up my end of the bargain; I spend money, tip well, and am clean and polite. In exchange, women talk to me and there is usually light non-sexual touching which I find very comforting. Sometimes I will calm down enough to find parts of it arousing.

This can be particularly exacerbated on business trips; in a strange city where I may not know anyone or speak the language, in the blandness of a hotel room, strip clubs are places where I know I’ll be chatted up.’, (How Your Journalism Sausage Gets Made. 1. Forbes) 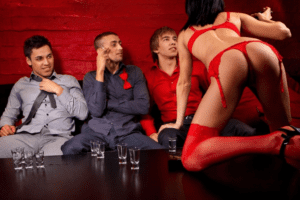 Men would often admit they enjoy looking at naked beauties as a sole reason to be there.  But when the conversation goes further, a stream of deeper and more controversial emotions would surface. Amongst them, the need for attention and appreciation would scream as the loudest.

“The reason why Wall Street guys party so hard is because they’re not happy with their jobs,” one stripper shares. “You make money, but you’re not happy, so you go out and splurge on strip clubs and drinking and drugs, then the money depletes and you have to make it again. The dancers are the same way. You make money, but then you’re depressed, so you end up shopping or going on vacation, and the money depletes, so you go back …”, (Former stripper gives her theory on why Wall Street men go to strip clubs. 2. Business Insider)

‘I first started going to the clubs for affection. Its nice to be greeted by a beautiful women who (at least seems to) be happy to see you. After a while it turned into a social scene for me. Many of the dancers I’ve known for five years or more.’, (How Your Journalism Sausage Gets Made, 1. Forbes)

Girls there do listen

‘Nobody ever talks to me, no one ever cares what I have to say. I’m a 36-year-old who wastes his life analysing data that no one gives a damn about’, shares one man. 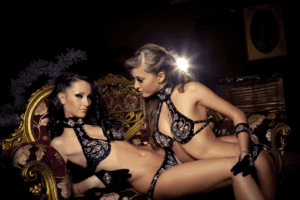 ‘Who else can you talk to? Your best friend? His wife is besties with yours, so you have to be careful. Your business partner? You cannot afford to show weakness.

No, strippers, or at least the quality ones, are by far the best confidantes I ever had! Worth every penny of my money!’, shares a 30-year-old property investor.

‘I guess every guy has different reasons to enter into a strip club. The poor guys want to feel powerful. You see them sweat when their carefully kept banknotes dwindle. Then there come the insecure ones who never learned how to chat up a girl. Or the loners, who have nowhere else to go.

‘Why do I end up in strip clubs? Because its relaxing-a therapy. The girls there listen’, explains a businessman.

It makes them happy

The most obvious reason for a man to visit a strip club is because men can live their fantasies. Being in a room with stunning scantily clad beauties is like being on a fantasy island surrounded by fierce and sexy amazons. 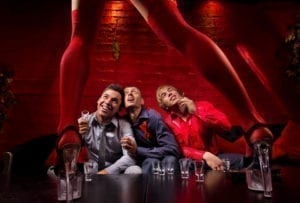 ‘I have been hanging out at strip clubs for well over ten years now. Some my reasons for going to strip clubs has evolved over time but my biggest reasons are I like to drink and I like to look at naked women. I’d like to think I’m more sophisticated than that but I’m not.‘, (How Your Journalism Sausage Gets Made. 1. Forbes)

There is hardly any other place where you can see men in such high-spirits, enjoying the attention of playful beauties. Happiness is not a primary reason, but it is pretty much self-explanatory.

Strip clubs are the best places to do business

Most men who visit strip clubs have successful, yet highly stressful jobs. They see these the clubs simply as a place to relax and unwind. And, it’s also a great place to do business, since everyone is usually in a jolly and pleasant mood. What could be a better place to make your client or partner sign on the dotted line?

Stripper Solidarity in the Fight Against Inequality

A Stripper’s Guide to the Art of Seduction