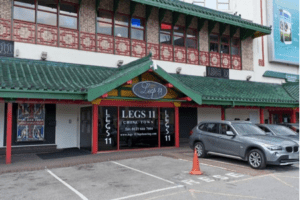 The new Chica Bonita club at Legs 11 {above}Exotic dancing, dominoes and card games will feature in regularly operated  women-only evenings being held at a top Birmingham strip club.Michelle de Souza and her business partner Veronica Inyang came up with the idea as a way of empowering women within the male-dominated sex industry.Lesbian, bisexual and “curious” women are encouraged to try Chica Bonita on May 26, during Gay Pride Weekend, for an all-girl experience, where all the hosts, dancers, bar staff and even the bouncers will be female.

When people think of lesbian clubs, they often think of places that are seedy and underground,” says Michelle, aged 26, an entrepreneur from Birmingham. Chica Bonita is luxurious, classy and sophisticated. The focus here is not on naked bodies but on women, beautiful women. There’s a big LGBT (lesbian, gay, bisexual and transgender) community in Birmingham but many of the bars and clubs are the same. As a lesbian woman, I like going to jazz bars and sitting in a chilled environment, not surrounded by loud music and loud people.

I believe there are lots of other people who feel the same way. No men will be allowed on the night, so all the staff will be female. The dynamics would change if a few men were in the building. Women won’t feel so free if a guy is there due to the fascination men have with lesbians. It would penetrate into every single element of what we are doing. The idea harks back to the 18th century when gentlemen’s clubs were first launched in England.When Christopher Columbus explored America and came across coffee and chocolate and brought them back to England, gentleman’s clubs sprung up over England. These aristocratic gentlemen would get together to drink coffee and do different types of things in the building, be it games or watching lap-dancing.

Women adapted this form in time as a way of getting together to drink coffee and do what they wanted to do”.The launch night will feature rapper Zara Sykes, who has supported the likes of Jay Z, Kanye West and Mary J Blige, performing a live PA. Michelle is keen to encourage “curious” women of all sexual persuasions to the evening, which will become a monthly event.

“Heterosexual women might come with their friends,” says Michelle.

“I was in a famous club in Miami not long ago and the majority of people there were females from the heterosexual community.

“And they said they wanted to use it to take to their husbands and boyfriends.”

Chica Bonita will run a monthly Women’s lap dancing club event at Legs 11 where there will be different themes, including a live jazz bar, comedy nights and poetry evenings. Regular lap dancers from Legs 11 will work alongside a team of dancers brought in especially by Chica Bonita. 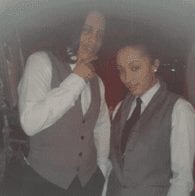 “When we went to talk to the dancers, they flocked to us, saying they were really keen to dance for a woman rather than a guy. Some said they wouldn’t be comfortable and that’s fine, they don’t need to dance. It’s important to bring in our own dancers, too. The lesbian scene has different subcultures – some are tomboys, butch, androgynous and masculine women – so we need to be sure we don’t just have feminine dancers. We have a good selection of dancers to cater for everyone. It will be quite a different experience for the regular Legs 11 dancers, for them to see how girls respond to them instead of men. When a woman dances for a woman it’s more emotional, they’re more chatty. Whilst a man might be thinking he’d like to take the dancer home, a woman is more likely to say ‘wow, really great dance’ at the end.

“It’s not just about dancing, it’s about interacting. A dancer doesn’t need to take her clothes off for girls to adore her and what’s she’s doing.

“It can be very sensual.”

Part of the Chica Bonita experience is a new currency concept, where guests exchange sterling pounds for Bonita dollars to use for tips.

“It’s playful, like Monopoly money, and a way of guests being able to say ‘I really admire you, here are some Bonita dollars. It’s a bit of fun but also a way for the dancers and bar staff to earn extra money as it is their profession. Many women would sooner hand over a piece of paper than money, and it’s not expensive as a Bonita dollar is only £1.

Following the Birmingham launch, Michelle and Vanessa are taking Chica Bonita to London and Manchester.

“There’s a market for it,” Michelle says.

“People like what we’ve done because it’s not sleazy and it’s never going to be sleazy. It’s about empowering women to say we can have our own clubs in the sex license industry, which up until now has been heavily dominated by men. We feel very passionately that women of all sexualities should be able to celebrate their identity within a community that abstains from sexual judgment. It’s all about allowing sensuality and female spirit to flourish.”

Lap dancing club favored by top-celebs is being investigated over dancers ‘flouting no touching laws by letting punters grope them&#8217;