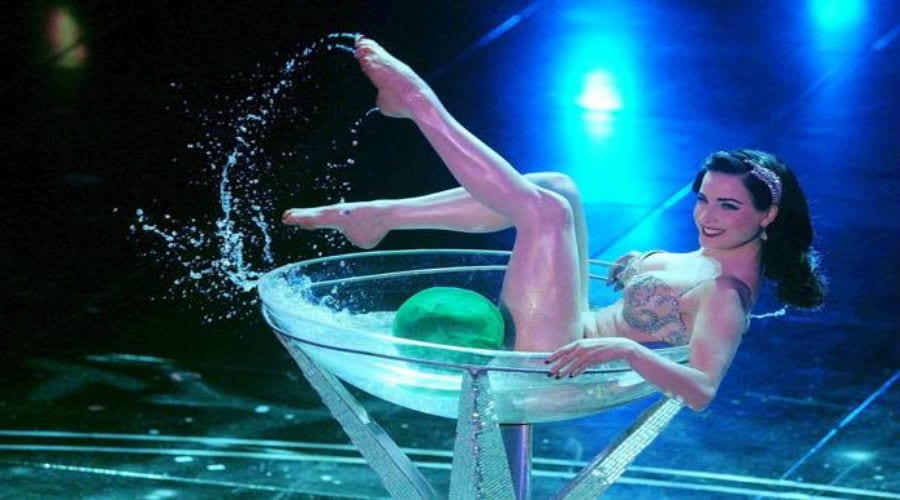 The reigning queen of burlesque is determined to make 2018 sizzle-but first, she will give us some valuable lessons on the art of seduction. 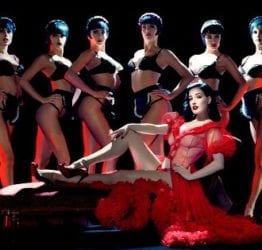 This time last year Dita Von Teese announced a brand new burlesque show called “The Art of Dita Teese”. For her ambitious project the world’s most recognizable burlesque dancer has teamed up with royalty favourite fashion designer and footwear maestro Christian Louboutin, to deliver more glitz and glamour than ever before. But then again we expected nothing less from the stunning performer, who has made pulses rise across the world with her acts.

And before she heads to her next breath-taking show, Strip Magazine wanted to find out what it really takes to kick off a jaw-dropping spectacle that celebrates women, and if she has any lessons on mastering the art of seduction.

What is your definition of seduction?

“I like the word ‘seduction’,” Dita says. “People think seduction is going after someone and deciding you’re going to make them yours — but to me, the way to properly seduce someone is to be living on your own terms, to make your world a place others want to be invited to.”

Longtime fans are very much familiar with your shows. Why should new, curious viewers check out “The Art of the Teese”? 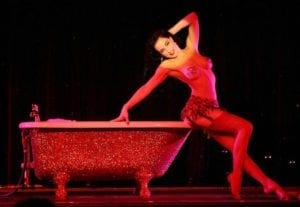 DVT: To experience a spectacle that they’ve never seen before! I believe anyone who is curious about what burlesque is exactly will want to see it for themselves. And it’s funny, a majority of my audience happens to be female. It’s a really a sea of fashionable glamour girls. [Burlesque] has really become this unlikely modern feminist movement. Many female performers have transformed burlesque — something that may have been considered shameful in the past — into a body-positive, empowering celebration. It’s a very interesting time right now and I’ve certainly watched my fan base shift since I first started. Burlesque has become this cultural phenomenon, like during its heyday in the ’30s and ’40s.

Which would you say has been the most difficult act for you to bring to the stage, and why?

DVT: Probably one that I did on my last tour, which was set in an elaborate Chinese-style opium den.

There were a lot of problems getting the right Swarovski crystals that we needed because they were a really special stone. We’re talking about getting 350,000 stones for the costume. There was also the orchestration. I have all of my music in the shows made with real instruments, which can be a big undertaking to create. I also reach these creative blocks involving what I was going to do in the number! I think that one took me the longest. I’m not performing that one in this tour, but I’m performing another one that did take me quite a while. 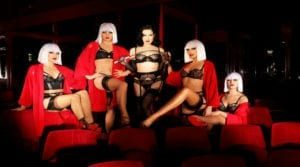 It was actually a show I originally created for the Crazy Horse. [That venue] has a small stage, one resembling a jewel box. So I had to give that act a makeover of sorts to make it more lavish for a bigger theatre. That’s the undertaking I’m engaged in at the moment.

But there’s always a challenge with every show. For example, I bought a mechanical bull once in Texas and, well, there were a lot of things to do with that. There’s always questions, like, “Will this even work?” Keep in mind, I’m the only producer. I’m not just a girl who is handed choreography, costumes and props by someone else. I’m involved hands-on in every aspect of the show. It’s high stakes!

What’s the most unique encounter you’ve ever had with a fan?

DVT: Oh gosh! I love my fans … I have very eccentric fans. There will be touching moments in the audience. 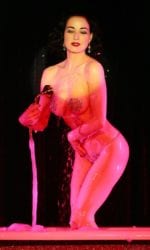 Like, I’ll see three generations of women, daughter-mom-grandma, watching the show together. That’s always really fun for me. I once saw a drag queen break her shoe and fall, but quickly declare, “I’ve just had the best time of my life!” People are very supportive of each other at the show. I love that people come out dressed up and they’re not afraid of being themselves at the shows. It always touches me when people come to my shows and leave feeling inspired about their bodies and wanting to not just accept themselves, but to glamorize themselves in ways that they may not have been brave enough to do before. We also have a dance contest at every show, and I film that every night so I can watch it because people get really wild with that.

Any advice for women who have trouble feeling glamorous?

DVT: Well, I just turned 44, so I definitely have lots of advice! At one point I was actually thinking about retiring. 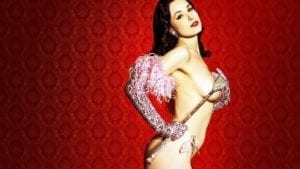 As I got older, I wasn’t sure how long I could continue performing, and people constantly asked me when I was going to stop. But I looked around me and saw women I admired who are older than I am, who are sexy, beautiful, and still performing. I felt like I was succumbing to an ageist mentality, so I started thinking about that, as well as all the performers in burlesque whom I feel are showstoppers, and they’re all over 30! I have a lot of idols from throughout history, and it’s not like we don’t already know that “with age comes wisdom.” 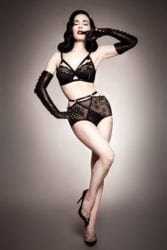 I’m not the youngest performer in burlesque. I’m not even the prettiest. I’m not the one with the best body. There’s a lot more to burlesque than just being sexy. It’s really all about confidence. It’s about embracing your body for what it is without asking permission.

How does one practice the art of seduction? 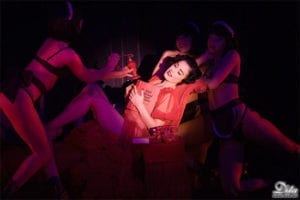 And the way that you do that is by practicing in everyday life, and surrounding yourself with things that make you feel good, things that are pleasurable. I believe in creating a sensual home space that makes you feel good with beautiful lighting that’s flattering to the way that you look. I like to paint my walls the colour that I look good in! I just like to live in a seductive way in everyday life.

If you think too much about how to seduce someone else, it’s an epic fail. To seduce someone is to make them want to know more about you, to be part of your world. So, if you are trying to please someone else, you’re failing at seduction. I always say to think about yourself and how you present yourself to the world and how you practice that every day. I believe in wearing my nice lingerie every single day. It’s a moment that doesn’t take any extra time out of your day. It’s also a small way to exude glamour and beauty in everyday life.

If you want to seduce someone — that’s not really the way. Men don’t want you to do that anyway. Finding your own confidence is really the key. Discovering your strengths and embracing them every day is how you ultimately master the art of seduction.