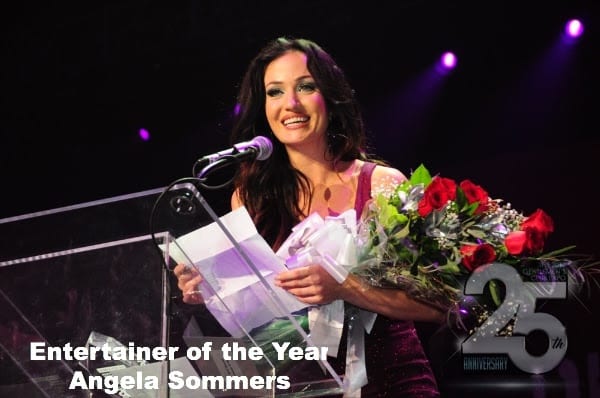 It wasn’t just a convention. It wasn’t just a celebration. On August 27-30, 2017, the adult nightclub industry gathered en masse for the 25th Anniversary Gentlemen’s Club EXPO at the Hard Rock Hotel & Casino in Las Vegas, and it lived up to all of the hype associated with a Sliver Anniversary. Throughout the four-day convention experience, industry luminaries offered their praise and congratulations as the industry celebrated 25 years of its only national convention.

“From the outside looking in, the EXPO certainly appeared seamless,” says industry legend Michael J. Peter, an EXPO 2017 attendee and considered by many to be the forefather of the modern gentlemen’s club. “Thank you and all of your staff for your endless diligent work that really has made all of us feel more professional about ourselves. You have been the glue and more for this industry. Give yourselves a pat on the back, you all deserve the utmost respect.” 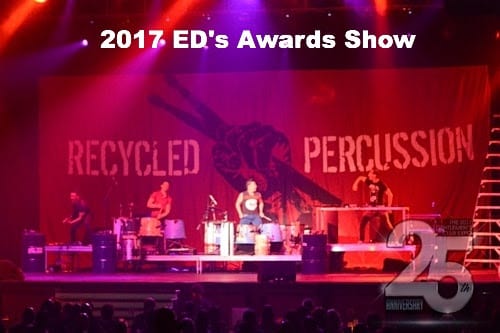 The 25th Annual Gentlemen’s Club EXPO, produced by ED Publications, boasted three full days of educational seminars, a 120-booth business-to-business tradeshow and a bevy of parties and special events, including the 20th Annual Adult Nightclub & Exotic Dancer Awards — The ED’s. This year’s Awards Show featured Las Vegas’ world-renown “junk rock” phenomenon, Recycled Percussion, who performed throughout the show. This year’s top awards went to Angela Sommers, who took home the Overall Entertainer of the Year Award, the Penthouse Club in Baton Rouge, Louisiana, which was honored with the Overall Gentlemen’s Club of the Year Award, and Rick’s Cabaret/RCI Hospitality, which earned the Club Chain of the Year Award.

“While we at ED Publications certainly appreciate the pats on the back for 25 years of EXPO, I think we’re even more proud of the fact that we produced a convention that lived up to the expectations surrounding a Sliver Anniversary,” says ED Publications’ Associate Publisher, Dave Manack. “Our 25th Anniversary Yearbook, a 212-page, full-color convention retrospective, may have been the hit of the EXPO. Of course, the ED Awards Show is always a highlight, and Recycled Percussion knocked it out of the park at the show this year!” 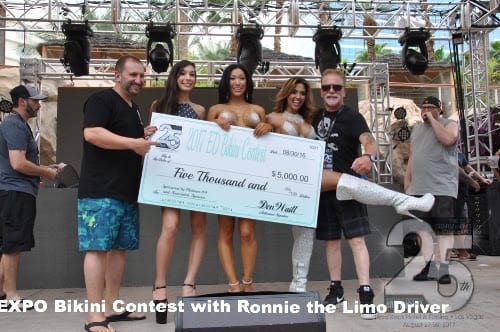 The $10,000 EXPO Bikini Contest, presented by Platinum 84 in Denver and co-sponsored byAssociated Agencies, was another convention highlight as 75 gorgeous ladies from across the U.S. and from as far away as Australia and New Zealand competed in the event hosted at the world-famous Rehab Pool at the Hard Rock on Wednesday, August 30th. Aja Marie, an entertainer from the Penthouse Club in New Orleans, took home first place and $3,000 in cash, while her “home” club received $3,000 in advertising with ED Publications. The contest was co-hosted by Ronnie “The Limo Driver” Mund from the Howard Stern Show. 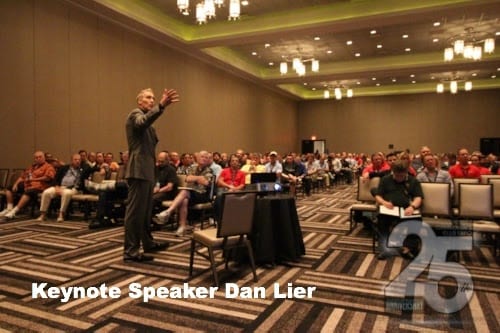 EXPO 2017 seminars addressed the future of the adult club industry with subjects like social media marketing, crisis management, building relationships with law enforcement and other city officials, and an impactful one-hour Keynote Address from renown motivational speaker Dan Lier on how club owners and operators can more effectively “reach” the millennial and centennial generations.

A full list of 2017 ED Award Winners is enclosed below. For more information on the 25th Annual Gentlemen’s Club EXPO, please email dave@edpublications.com, call (727) 726-3592 or visitTheEDexpo.com.

Overall Gentlemen’s Club of the Year

Club Chain of the Year

Small Club of the Year – South

Club of the Year – Central

Small Club of the Year – Central

Club of the Year – West

Small Club of the Year – West

Feature Club of the Year

Urban Club of the Year

International Club of the Year

General Manager of the Year

Employee of the Year

DJ of the Year

Newcomer Entertainer of the Year

Club Favorite Entertainer of the Year

Adult Movie Entertainer of the Year

International Showgirl of the Year

Miss ExoticDancer.com of the Year

Man passed out after one beer in strip club and woke up with a £70,000 bill