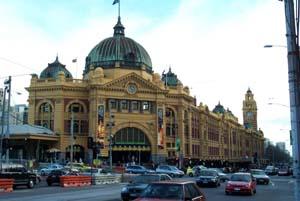 When most people think of Australia the first things that come to mind are the Sydney Harbour {with the Opera House and bridge} and Ayers Rock. In the stripping world however the capital of Australia is clearly Melbourne which has by far the most clubs {including Spearmint Rhino’s first in Australia} and also a thriving strip pub scene. It was not always thus, up to the 1960s Melbourne was Australia’s capital of prudery with bars shutting at 6pm, nudity unheard of, and most forms of gambling strictly forbidden. When filming “On the Beach” {about the time after a nuclear holocaust} out there in the 1950s well known party animal Ava Gardner was heard to comment “ You don’t have to wait for the end of the world, I’ve already found it here in Melbourne !”.

Things have changed a bit since then, pubs can now open 24 hours, bars have bookmakers in-house, striptease and indeed legal brothels are common. Melbourne has a population of 3.4 million, slightly less than Sydney but way more than any other city in Australia. Melbourne is the state capital of Victoria and the sporting capital of Australia, it’s the home of Aussie rules football, the Open tennis tournament, the motorcycle and formula 1 grand prix’s, and the Melbourne Cup the nation’s premier horse race. It is the birthplace of Rupert Murdoch, Dame Edna Everage, F1 world champion Alan Jones, and record breaking cricketer Shane Warne. In striptease terms it is from here that well known Aussie US feature dancers like Chrissie Lane and Cassie Tyler first made their names. It houses the largest cricket ground in the world {the MCG}, the largest casino in the Southern Hemisphere {the Crown}, and the jail where Ned Kelly was hung! It has also substantial Italian, Greek, Chinese and Vietnamese areas of town and consequently has excellent and very varied food. In terms of adult entertainment Melbourne’s Yellow Pages boasts just about everything from mud wrestling to lingerie restaurants.

The road to nudity

Compared to the USA and the UK regulation of the striptease trade is very light, there are no restrictions on full nudity, baby oil, vibrators etc. A bar putting on conventional strip shows needs no special licence although some standard conditions on the licence do provide some regulation. The introduction of regulated brothels { which do need licences which prohibit the sale or consumption of alcohol on the premises} has created a slightly “ grey “ area where particularly explicit shows or ones with audience participation might be deemed to represent full sex and therefore require a brothel licence. This could theoretically particularly affect private “ bucks” { bachelor } parties held in hotels but to date the authorities have made little effort to enforce this.

Australia is a sports mad country and the dancers like Chrissie {left}here tend to be very energetic and high energy, this is true even in table dance clubs unlike the UK.

Sex and the Cinema

Melbourne’s early regular striptease joints grew up in the centre of town where they also showed blue movies between shows. This type of mix of film and live shows though common in the USA is actually quite unusual in the rest of the world. There are still 3 establishments of this type left, the Shaft on Swanston Street, the Crazy Horse on Elizabeth Street, and the Dendy on Coverlid Place. All 3 have both stage shows and private lap dancing and operate rather like the old “ Show world “ type places you used to find around 42nd street in New York before it went Disney.

The bars in Australia are more like English pubs than US bars and as the laws were liberalised a large number of Melbourne pubs saw striptease as a way of increasing trade. The Melbourne Yellow pages lists dozens of strip agencies but in fact there are just 5 serious ones and they mainly supply girls to strip pubs, for private parties, for company promotion nights, and as kissograms { the main clubs usually recruit their own girls}. The largest “Simply Irresistible” operates from out of one of the main strip pubs {and a personal favourite} the Clifton Hotel in Kew about 2 miles from the centre of town. The owner Dannii told me “ At peak there were probably about 30 strip pubs in Melbourne, most though only had girls on a couple of lunchtimes a week. The number has fallen off in the last few years as a lot of the pubs have been converted into pokie {slot gambling machines} places and now I can only think of 8.”

As well as the Clifton other long established venues include Hosie’s opposite Flinders Street station slap in the centre and the Royal on Punt Road near the MCG. Like the Clifton these places have no entry fee and operate a UK style jug system plus they also feature topless barmaids on busy sessions.

The lack of strict laws made Melbourne very fertile territory for US style table dancing clubs and the first ones in Australia were opened in the city early in the 1990s. While there are rules covering touting, making things invisible from the outside, and insisting on warnings on advertising none really impinge on the operation of a well run club. The other states to date have tended to follow the lead of Victoria in terms of legislation though nowhere else in Australia has such a well developed scene so far.
Bar 20 King Street Melbourne

The first US style table dancing club to hit Melbourne was Santa Fe Gold
which opened up in Russell Street {the theatre area of Melbourne} in a converted hotel in 1992. Although small and not particularly plush by US standards it was an immediate and huge success with hundred yard long ques a regular feature.

Such high profile success quickly brought on competition from other established conventional night club owners seeking a new market , most notably from the Men’s Gallery {left}which opened up a 2 floor 24,000 sq ft club in Londsdale Street { off King Street} in 1993. This was rapidly followed by other clubs like Bar 20 and Goldfinger’s also in the King Street nightlife area of town. The new clubs especially the Men’s Gallery were considerably larger, plusher, and more professionally run .In 1999 the remaining Director of Santa Fe Gold Peter Iwaniuk terminated the leasehold and closed the venue down to concentrate on his freehold interests in the more upmarket Men’s Gallery.

There have been a number of comings and goings amongst the locally owned clubs but the Men’s Gallery has been a constant feature and is still probably the most famous club in the whole of Australia. Men’s Gallery Executive Manager David Butten says “We run cabaret style shows on the busier nights and Friday lunchtime which sets us apart from other clubs.

We have considerable professional management experienced in other nightlife venues and being the most successful club we are the venue of choice for the most attractive prospective dancers “. The Men’s Gallery group {not connected to the club of the same name in Sydney incidentally} recently opened a further venue called Beach in Sydney Rd, Brunswick {about 2 miles from the centre} and is actively looking for further expansion.

International competition at the top end of the market arrived in late 2002 when Spearmint Rhino opened it’s first Australian club once again in King Street. Currently run by American John Specht while local management can be trained up it operates to the usual exacting Spearmint world-wide standards. The club has 3 floors though only 1 is currently in use, John Specht told me that “ We see ourselves as up market of any of the existing clubs. We intend to open 1 of the other floors with a high class restaurant area within the next few months and this will give us the opportunity to offer adult entertainment and hospitality to a standard not seen so far in Australia “.

Spearmint’s first Australian club has been successful to date and will probably herald the longer term development of a chain of clubs in Australia and New Zealand. There are rumours of a club in Sydney and several other Australasian towns are large enough to support more high quality clubs.

There is already a well established market in Melbourne for table dancing clubs though whether it can support the current 4 large clubs plus the various other forms of striptease in the city remains to be seen. The King Street end of the centre of Melbourne is subject to considerable redevelopment and regeneration as it lies between the massive Crown Casino development and the even larger Docklands project and seems likely to become even more of a nightlife centre in future years.

Table dancing and striptease are a far better established and popular part of the entertainment scene in Melbourne than elsewhere in Australia and it seems likely that other Australian cities {although Australia has a population of only 18 million it has
5 cities Sydney, Melbourne, Perth, Adelaide, and Brisbane with populations of over 1 million} will eventually follow this lead.

Strippers work in the US

Attempt to set up a Spanish based Miss Stripper Europe competition