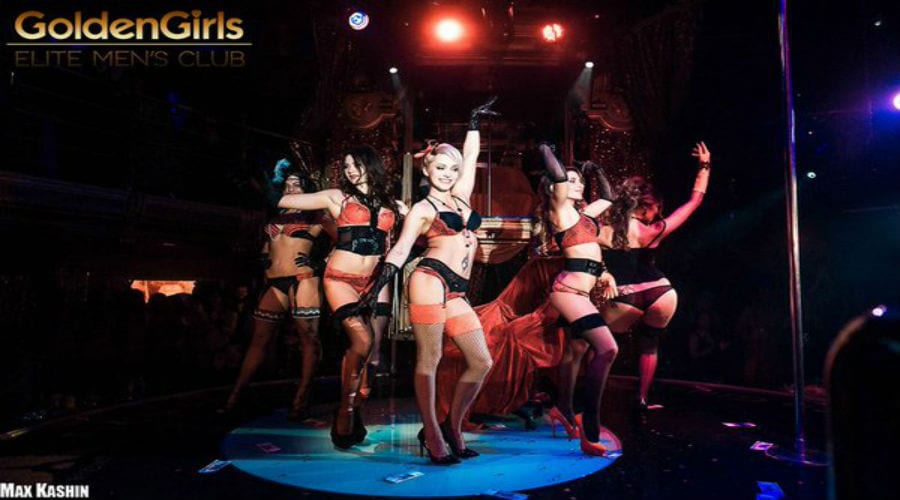 The following lines reveal an exclusive interview with talented producer and Golden Girls’ Club owner-Lucky Lee, sharing secrets about his business, success and how to shape a better future for the strip industry and beyond. 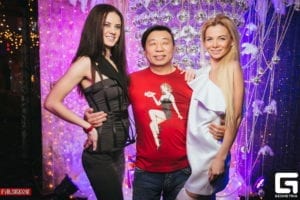 Letty: A talented producer, successful entrepreneur, President of the first Association of Russian Striptease clubs, an ideologist you are certainly a person who likes to live life to the fullest. How did it all start for you?

Lee: I started in a totally different industry – I was a successful banker with marvelous career prospects. But when I watched the Show Girls movie, I became a devoted fan of Elisabeth Berkeley and striptease as a whole. 2 years later I switched to completely another field of activity and opened a club under the same name – Show Girls. More than that – some time afterwards I even wrote her a letter, telling how she inspired me and suggested Elisabeth to take part in an all-Russia strip contest. She declined the offer, but by that time my club was officially the best in Russia, so she brought me luck anyway. Letty: Golden Girls club has now become an emblem of a new philosophy of gender revolution that shattered the status quo of the adult-entertainment industry. Which belief has brought that to life?
Lee: On one hand, I often observed women disdain and suppress their sexuality for the sake of career, success and other men’s values. On the other hand, striptease allows women to unleash their sexuality and femininity. Striptease is the most feminine profession by its nature.
Letty: What is the best way for you to chill out?
Lee: I don’t separate work from leisure, but I can’t stand negligence. That’s why even on holidays ideas are leaping off my tongue, I’m thinking about new projects and gather my associates at my house for brainstorming barbeques, where we discuss our world-changing plans. Besides that, I love travelling – gaining experience, attending clubs in all parts of the world. I also platonically love Hollywood and devote a lot of time to watching movies and musicals. And yes, I do yoga.

Letty: Tell me more about the Association of Russian Striptease clubs. Is it meant to shape a more positive image of the industry amongst society and the media.

Lee: Definitely. To my regret, there many brothels functioning in Russia which are disquised as strip clubs. I  find it wrong, and ARSC was established to distance decent clubs from them. I was tired from being dragged through the mud, while I am fighting for morality. Through ARSC we strive to show the society how open, honest and loyal we are and how beautiful our art is. 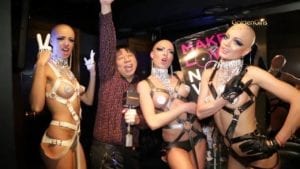 Letty: What is your concept of success in three words?
Lee: The concept is simple: just adore your business.
Letty: What motivates you to carry on?
Lee: The thought that I can change the world, help it overcome hypocrisy, fear and obscurity, all obstacles for people not familiar with striptease. My own deep love to the genre and my beautiful actresses. And most important – the dream to make all women happy.

Letty: Your dancers are called “actresses of flirt”. How does the performance of an “actress of flirt” differ to that of a “dancer”?

Lee: It’s all about psychology. Dance is just a moves progression, while flirt is a psychological game, based on sexual attraction. It implies special gestures, looks, manipulating techniques. It’s like a theater where a woman becomes a kind of live-in coquette. It’s akin to the geisha skills with their secret magic and knowledge of men’s psyche. Don’t get me wrong, but American striptease lacks these elements, it’s just anatomic contemplation and has nothing to do with seduction.

Letty: Is your business aimed at giving back to society? 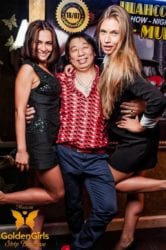 Letty: Who is your biggest inspiration?

Letty: How do you support your employees to unleash their true potential and be the best they can be?
Lee: I urge them to attend trainings and qualification courses. I conduct contests, where they can be awarded with foreign trips, gowns with their names on it, Lucky money (artificial money that can only be spent in the club), Lucky Dollar talismans or even Lucky Jewels jewelry series items. The most active and reliable actresses who I am proud of are united into an elite team called  Lucky GirlZz. If I see that some girl is in trouble – I speak to her. Some cases are discussed at our meetings arranged as talk shows.

Letty: You are also the owner of the first 24-hour karaoke club in Moscow. Are you a fan of contemporary pop-culture and the entertainment industry in general?

Lee: In childhood I finished a music school and have been playing balalaika ever since. When I grew up I embraced singing and had been performing karaoke in all clubs of Moscow until I opened my own one.  This hobby became a passion, and finally I created an entire musical that I hope to bring to Gentlemen’s Club EXPO.  My favourite Broadway musicals are Producers, Priscilla, among latest – Aladdin.  And I often take my actresses to Rock of Ages show, because its plot takes place in a strip club.

Letty: What brings you happiness?
Lee: Besides already mentioned, my bride Ju Lee Ya, she is from Ukra. She is an amazing artist and a perfect partner. When I see her dancing in front of me, I forget about problems and weariness.
Letty: Any new challenges you want to take on?
Lee: I am concerned that the gender balance is disrupted in our societies. Women have gained equal rights with men and keep adopting their socio cultural roles.I would like to concentrate on creating my own reality show that would change the world within 10 years and make women happy in their general mission – motherhood and marriage.
Letty: What is the best advice you could give to other entrepreneurs?
Lee: Let your heart tell you what you should be doing. If it doesn’t – ask a numerologist.
Golden Girls Club Moscow
Golden Girls Club-the art of stripping seen as never before